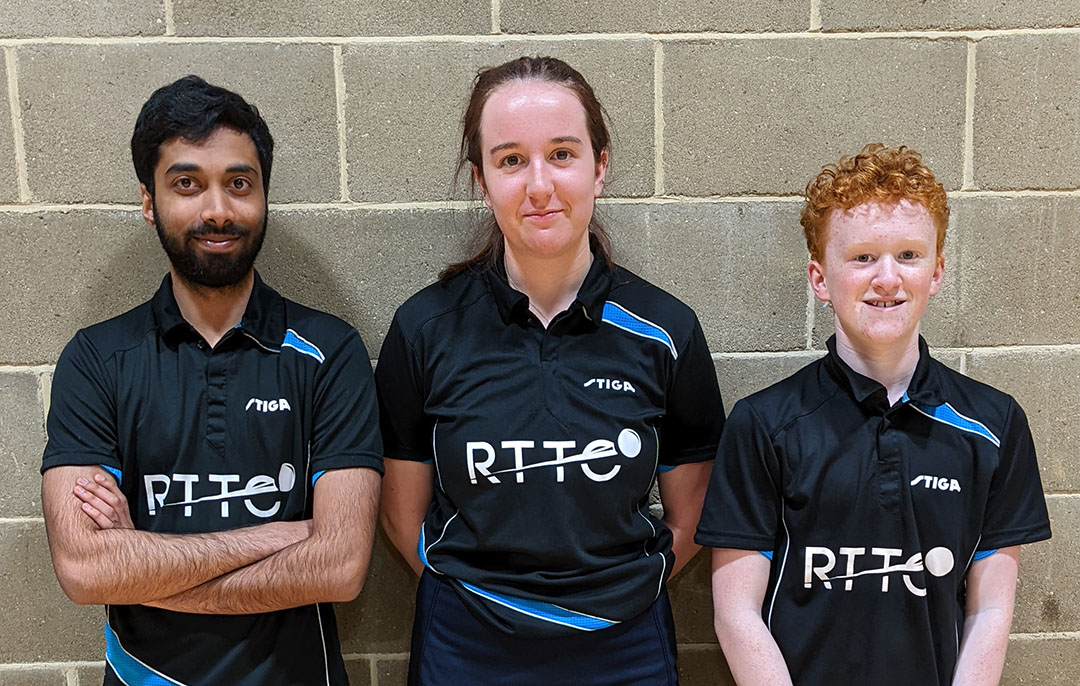 It has been a busy few months of competition for Rougham Juniors players at League, County, Regional and even National competitions.

To start, we had a Rougham Panthers team of George Stolworthy & Seb Melero winning the Saffrons Shield which is a consolation event for the League handicap. Handicap competition is always a test of nerve so many congratulations to them.

At the County seniors event Isobel McGerty was Mixed doubles winner and Woman’s singles runner up. She then went on to retain her Women’s, Juniors and Mixed Doubles titles at the Bury St Edmunds League Championships. Ruby Williams also competed strongly and scored a hat-trick of runners-up trophies with the Division 3 singles final being a particularly close match. A full round-up results from the Championships can be found at: https://burystedmunds.ttleagues.com/article/2021-22annualchampionshipsresults

After age groups wins at their county contests earlier in the year, both Isobel and Ruby Melero journeyed to Wolverhampton to take part in the National Schools Individual Finals. Both were unable to progress to the knockout stages, but Ruby in particular will have gain enormously from the experience and competed well in a group which contained the eventual winner. Isobel was given an equally difficult group and was unfortunate not to progress to the later stages.

Our Juniors have been competing throughout the season in the National Junior League (NJL) held at Stowupland High School. This is an U19 competition spread over 4 days against teams from across the East. The ‘National’ element is provided by results counting towards players National ranking making this is a very keenly contested competition. The first 2 days where a challenge with George Stolworthy gaining the best results but the team as a whole were unable to gain a victory. The final 2 days saw a marked improvement with Seb Melero joining the team and Ruby Williams also seeing the benefits of consistent progress. While Ipswich and Norwich teams contested the top positions, we enjoyed a 3-way battle with Bury St Edmunds and Colchester clubs and managed a win and 2 draws. It was certainly great to finish on a high and see confidence growing after an unpromising start.

Finally, congratulations to Isobel McGerty on qualification to the U17 National Championships which take place at the end of April at Nottingham University.

This site uses Akismet to reduce spam. Learn how your comment data is processed.